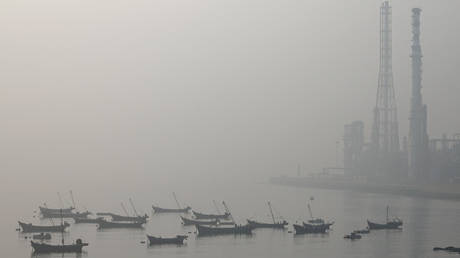 Beijing has slammed Washington’s record on climate change after the new US administration claimed China’s commitment to reducing greenhouse gasses was “not good enough.”

Speaking on Tuesday, Foreign Ministry spokesperson Zhao Lijian told reporters that China was seriously committed to combating climate change, and highlighted the policy goals set out by the government in 2020.

A journalist asked Zhao to respond to comments made by President Joe Biden’s special climate envoy, John Kerry, last week, in which the former secretary of state claimed China’s climate promises were “not good enough.”

The United States is the world’s largest polluter in history and the current largest polluter. The previous government’s climate action has seriously regressed, withdrew from the Paris Agreement, and refused to undertake emission reduction funding obligations.

“China expects the US to make up for the four-year gap and vacancies as soon as possible and submit a strong nationally determined contribution and long-term low greenhouse gas emission development strategy under the Paris Agreement as soon as possible,” he added.

The foreign ministry spokesman insisted that Beijing’s commitment to climate change is particularly impressive given the country’s status as a developing nation. China plans to hit peak carbon emission in 2030 and strive to achieve carbon neutrality by 2060.

On Monday, Kerry said the US was “proud” to be back in the Paris Climate Agreement after Biden rejoined the pact last week.

During the Obama Administration, Kerry helped bring China to the table and negotiate the Paris Agreement in 2015.

In 2017, then-president Donald Trump said the US would cease all participation in the Paris Agreement, noting that the agreement would undermine the American economy and put the country “at a permanent disadvantage.” The US formally withdrew in November 2020.