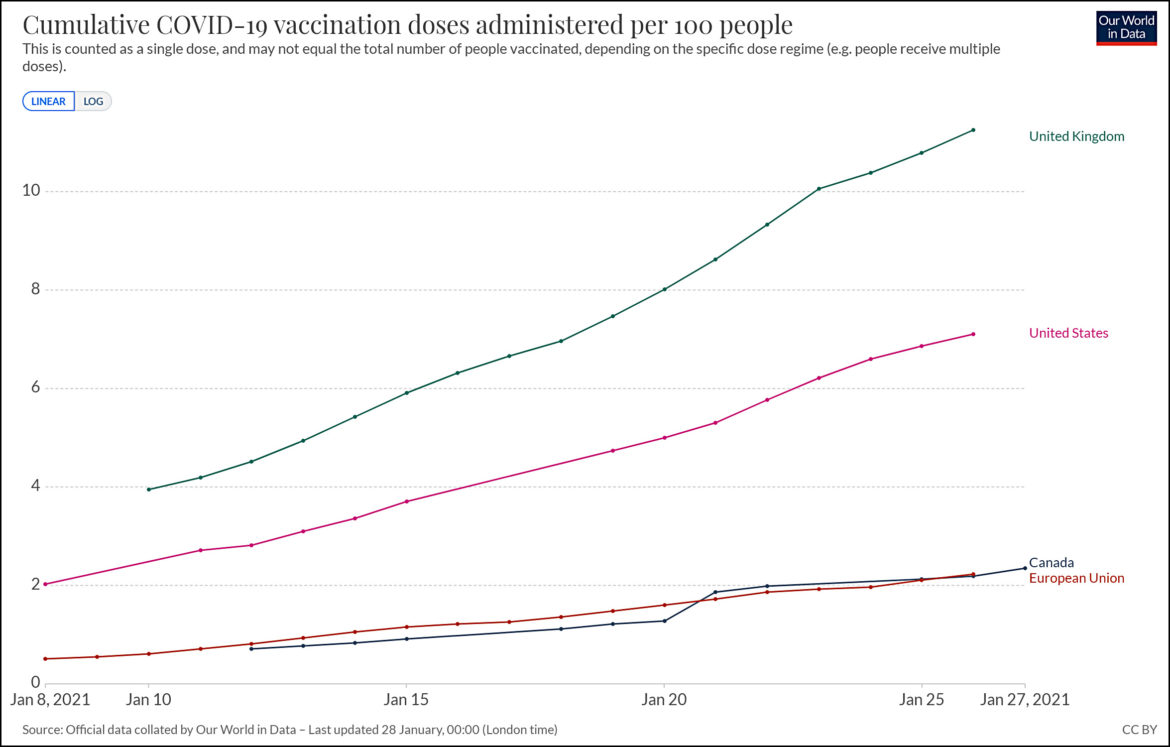 You think we have vaccination problems? Check out Europe:

The European Union has been besieged by problems since it approved its first coronavirus vaccine in December and rushed to begin a vast immunization campaign, but now its woes have snowballed into a full-blown crisis. With the pain of supply shortages being felt across Europe, Spain on Wednesday became the first E.U. country to partly suspend immunizations for lack of doses. It announced that it would suspend the vaccination program in Madrid for two weeks, and warned that Catalonia may follow suit.

….Last week, the E.U.’s executive branch, the European Commission, set a goal of having 70 percent of its population inoculated by this summer. Four days later the president of the European Council, Charles Michel, pronounced that “difficult.” By this week, a mere 2 percent of E.U. citizens had received at least one dose of a coronavirus vaccine.

The United States currently has about 7 percent of its population vaccinated:

At the risk of venturing an unpopular point, this is making Brexit look pretty good, isn’t it?