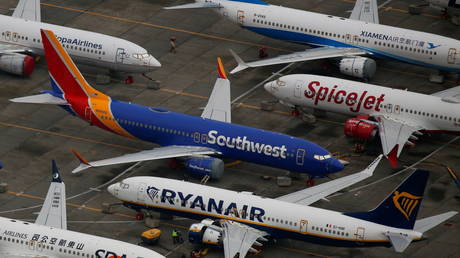 The European Union Aviation Safety Agency (EASA) has given the green light for a modified version of the Boeing 737 MAX to return to service, but issued a package of measures that must be completed before aircraft can fly.

On Wednesday, the EASA gave its approval for the Boeing 737 MAX to return to the skies in Europe after two years on the ground.

The aviation body said the aircraft had met the four conditions for a return to service that it had laid down, but mandated a number of required modifications and upgrades which airlines must undertake if the plane is to take to the skies. These include software upgrades, electrical reworking, maintenance checks, operations manual updates and crew training.

“We have reached a significant milestone on a long road,” said EASA Executive Director Patrick Ky, noting, “we asked difficult questions until we got answers and pushed for solutions which satisfied our exacting safety requirements.”

“We have every confidence that the aircraft is safe, which is the precondition for giving our approval. But we will continue to monitor 737 MAX operations closely as the aircraft resumes service,” Ky added.

The aircraft was universally banned from taking to the skies after two deadly accidents in late 2018 and early 2019 but began flying again in the US, Brazil, Panama and Mexico in late 2020.

The EASA noted that the root cause of these tragic accidents was traced to software known as the MCAS (Maneuvering Characteristics Augmentation System). The software was intended to make the plane easier to handle.