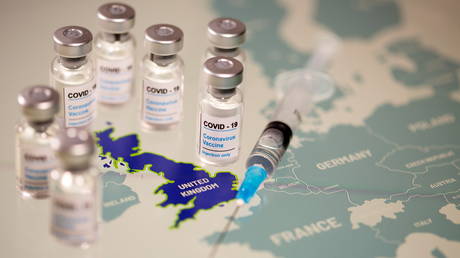 Relations between the European Union and AstraZeneca were dealt another blow on Wednesday as the pharmaceutical company reportedly canceled a meeting to discuss Covid-19 vaccine supplies.

An EU official leaked news that the company had pulled out of the meeting as the bloc seeks further information on the Swedish firm’s announcement to cut vaccine deliveries to the EU by 40 percent in the first quarter of the year.

The European Commission described the delivery delays as “not acceptable,” with some EU member states threatening legal action. It’s not yet known when the meeting will now take place.

AstraZeneca CEO Pascal Soriot said on Tuesday that the company’s contract with the EU was based on a best-effort clause and did not commit it to a specific timetable for deliveries.

The union’s beleaguered vaccine rollouts have been beset with delays leaving it falling behind other regions, especially the United Kingdom which recently exited the bloc.