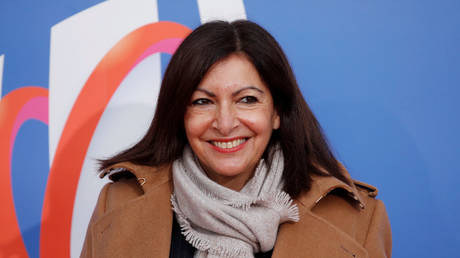 A controversial €90,000 fine imposed on the office of Paris mayor late in 2020 has been canceled, a French minister has said. The hefty fine was levied on the city for hiring too many women into managing positions.

The cancelation of the fine was announced by Amelie de Montchalin, the county’s minister for transformation and public service, on Wednesday after she met with Paris Mayor Anne Hidalgo.

The minister told Hidalgo the “fine was not due” and urged her to devote the funds saved with the penalty cancelation “to maintaining this positive dynamic,” de Montchalin said in a press release. The official also maintained that the central government shares “the same objective” of promoting gender equality and having more women in managing positions.

The abandonment of the fine was hailed by Hidalgo, who pledged to donate the sum to a society helping women victims of violence.

“We have taken positive note that these 90,000 euros are not requested from us,” the mayor said after the meeting, as quoted by local media.

“We are going to pay them to the Solidarites femmes federation which today manages the 39-19,” she added, referring to a hotline number for women who have suffered from domestic and other abuse.

The controversial fine was originally slapped on the Paris mayor’s office in December as a result of it promoting 11 women and five men to managing positions back in 2018. The penalty stemmed from an early 2010s provision that, quite ironically, was originally designed to promote gender equality and encourage the hiring of at least 40 percent women. The rule capped the amount of newly appointed management positions in the public sector that could go to one gender at 60 percent.

Hidalgo’s policies, however, breached the rule, as 69 percent of the new appointees turned out to be women. While the provision itself was overturned in 2019, the fine still kicked in because the hiring had happened before the 60 percent restriction was dismissed.