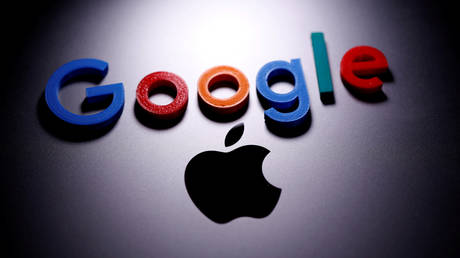 New Apple rules that introduce an obligatory pop-up warning to users that their browsing data is being stored for advertising purposes has prompted Google to stop using the company’s tracking tool in its iOS products.

Apple’s new rules will see users asked to opt in if they want to allow advertisers to use their information through what’s known as an ‘identifier for advertisers’ (IDFA). The IDFA is a unique code on each iPhone that essentially allows for the users to be tracked across multiple aps in order to determine which adverts should be shown to them.

Under the new rules, which Apple said will come into force in “early” 2021, apps will be required to show the user a one-time pop-up message, asking for consent to access the IDFA, prompting Google to say it would no longer use the tool.

“When Apple’s policy goes into effect, we will no longer use information (such as IDFA) that falls under ATT (Apple’s App Tracking Transparency) for the handful of our iOS apps,” Google said in a blog post on Wednesday.

Google apps will continue collecting data on Apple users without the warning, but in doing so, they will rely on their own tracking tools.

However, the company acknowledged in the blog post that without IDFA access, the publishers and advertisers, working with Google, will be getting weaker results.

The development of alternatives is already underway, but it will take time for them to be implemented, the company added.

Facebook and other app makers have protested Apple’s transparency drive, arguing that allowing users to block access to IDFA will cause a decline in ad sales.