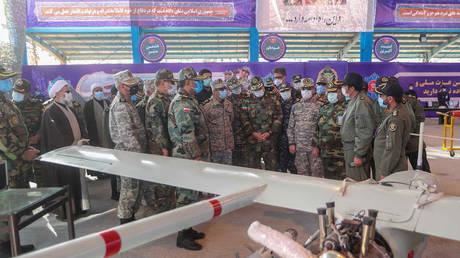 Iranian officials have dismissed recent military threats made by Israel’s armed forces as nothing more than “psychological warfare” from a government that has “virtually no plan” to follow through on its rhetoric.

In a speech to Israel’s INSS think tank’s annual conference, Aviv Kochavi, the chief of staff of the Israeli armed forces, warned that it will “respond with an extremely significant counterattack” if its adversaries in Iran, Lebanon and Gaza threaten it or target its installations with military strikes.

Iranian First Vice President Es’haq Jahangiri addressed Kochavi’s remarks on Wednesday by dismissing Israel, claiming it is “not in a position to issue a threat” against Tehran. This was reiterated by Mahmoud Vaezi, Iranian President Hassan Rouhani’s chief of staff, who claimed that the threats from Israel were nothing more than “psychological warfare.”

They have virtually no plan and no ability do so.

Iranian officials were clear that they “do not intend to go to war” but, in the event that Israel were to show an act of aggression, they stressed that their armed forces are trained and prepared to defend the country.

The tense words between the two nations come as discussions continue over the US rejoining the Iran nuclear deal in return for relieving sanctions that were imposed on Tehran over the last few years by the Trump administration.

Israel has opposed any return to the Join Comprehensive Plan of Action, as they believe it does not include enough safeguards to prevent Iran from continuing to develop a nuclear weapon.