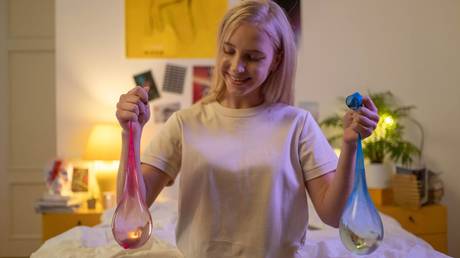 Researchers have created a new spermicidal, anti-viral and libido-enhancing contraceptive gel which boasts the holy trinity for sexual health. The scientists claim the gel improves both the “safety and quality” of sex.

Ke Cheng, a professor in regenerative medicine at North Carolina State University, led the research into the gel which reportedly yielded enhanced libido while preventing pregnancy in 100 percent of case studies when tested in a rat model.

“Our hope is that this trifunctional contraceptive gel could further enhance the safety and quality of sexual intercourse,” Cheng says.

The gel deploys the contraceptive gossypol combined with the antiviral tenofovir with a dash of nitroglycerin thrown in to stimulate blood flow and enhance male rats’ libidios.

Researchers first tested the concoction in vitro, and found that a 10 microgram per milliliter concentration of the contraceptive was capable of killing 100 percent of pig sperm introduced to the Petri dish within just 30 seconds.

Importantly, the gel did not appear to damage vaginal cells contained within the Petri dish, when compared with untreated or control cells.

In Cheng’s estimation, the gel “has great potential for improving the safety and quality of sexual intercourse,” but a lot more research is needed before it hits the shelves for human use.