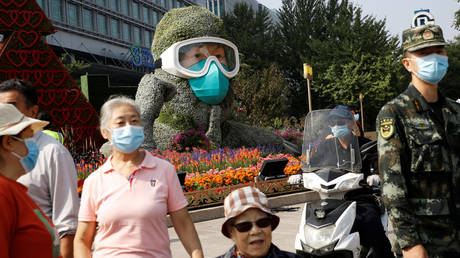 A ranking of 98 countries places New Zealand as the world’s best responder to the Covid-19 pandemic. China was excluded by the Sydney-based think tank that compiled the list, “due to a lack of publicly available data on testing.”

Vietnam, Taiwan, Thailand and Cyprus were also ranked in the top five nations that most competently dealt with the deadly disease. On the opposite side are Brazil, Mexico, Colombia, Iran and the United States, all of whom have fared badly during the crisis. But even those in the higher tier probably shouldn’t pat themselves on the back, since, according to the authors of the study, “most countries outcompeted each other only by degrees of underperformance.”

The list, published on Thursday by the Lowy Institute, is based on confirmed infections and fatalities in absolute numbers and numbers relative to population and testing statistics. In addition to an index, each entry has a corresponding timeline graph, showing how good or bad it acted, starting with the moment they recorded a 100th Covid case and spanning 36 weeks.

Taiwan’s appearance on the list is controversial, since the island’s status as a sovereign nation is debatable. Its continental counterpart, China, was excluded from the performance charts altogether, in what may be seen as another political snub to Beijing. The Chinese government prides itself on having brought Covid-19 under control, despite being the first to detect it, and on having successfully suppressed subsequent sporadic outbreaks.

Explaining the absence, the Australian think tank said there was no publicly available data on Covid-19 testing conducted in China. A provisional graph for Beijing’s performance would put it ahead of New Zealand, but Lowy Institute stressed that it does not offer “a reliable comparison with other countries.”

The think tank said that it had found no significant differences in performance between different groups of countries based on their region, size, economic development, or political system. It noted that an effective response to this type of crisis may depend on “whether citizens trust their leaders, and whether those leaders preside over a competent and effective state”, as suggested by political scientist Francis Fukuyama.

“In general, countries with smaller populations, cohesive societies, and capable institutions have a comparative advantage in dealing with a global crisis such as a pandemic.”