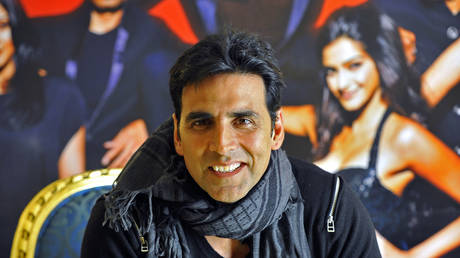 Bollywood star Akshay Kumar walked 13 miles on a treadmill in an attempt to personally experience the hardship of the daily on-foot journeys made by many Indian women to fetch clean water – and was instantly ridiculed on Twitter.

Kumar hopped on the treadmill as part of an 8-hour live television show on January 26 to simulate the rural women who, according to the World Economic Forum, walk between three and 12 miles a day to fetch water, despite the ritual having a “serious impact” on their long-term health.

While walking 13 miles on a treadmill is an impressive feat, Indians ridiculed and criticized Kumar for comparing the indoor exercise to what regular women in the country do on a daily basis.

Another director, Hansal Mehta, compared the exercise to someone doing “intermittent fasting for 7 days” to “understand how the poor go hungry,” or switching on their air conditioner at 16 degrees to “understand how our farmers braved it out in the cold.”

One social media user pointed out that Kumar was likely “wearing the finest running shoes” that “money can buy,” unlike the many rural women who carry water for miles barefoot or in uncomfortable shoes, while others noted that he was inside and away from the hot sun and had probably had a decent breakfast.

With bare foot or nike shoes…
What was the room temperature…
Under AC or cosy warmth….
After having the breakfast and what protein shake he had after treadmill…. that needs to be said too
By the way i walk everyday on treadmill…
Stop sensationalising the routine things

Complete sham! let @akshaykumar ACTUALLY WALK 21 km in the blazing heat of Rajasthan, Gujarat, UP or Bihar, if he TRULY wants to understand the plight of village women, NOT by just doing his regular workout on the treadmill, just to hoodwink the masses!

The charity WaterAid estimates that as many as 163 million Indians do not have a clean water source close to their home, making the long hikes for water an essential component for survival.