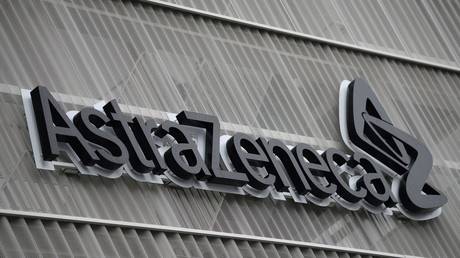 Belgian regulators carried out an inspection of AstraZeneca’s coronavirus vaccine production site near Brussels at the behest of the European Commission, amid an ongoing spat over the deployment of the company’s Covid-19 vaccine.

During the inspection ordered by the European Union’s executive branch, samples and records were taken from the Novasep factory, in the town of Seneffe, outside Brussels, to be analyzed by officials from Belgium’s Federal Agency for Medicines and Health Products (FAGG).

The inspection marks an escalation in the ongoing row between the bloc and the pharmaceutical company over Covid-19 vaccine delivery delays to member states. The FAGG confirmed on Thursday that the commission had requested an inspection of production flows.

Deliveries of the AstraZeneca Covid-19 vaccine throughout the EU are now in doubt, but the company has assured the UK government it will be capable of delivering two million doses per week to Britain, fulfilling its total order of 100 million doses. The EU is investigating whether doses manufactured in European territory have been rerouted in recent weeks to fill the UK order.

The inspection was carried out to “make sure that the delivery delay is indeed due to a production problem on the Belgian site,” France Dammel, a spokesperson for Belgium’s health ministry said, adding that it “was conducted in full transparency and objectivity.”

“Belgian experts are now examining the elements that were collected, together with experts from the Netherlands, Italy and Spain,” he said. An initial report on the findings is expected within days, with a follow-up inspection already planned in the coming weeks.

The Anglo-Swedish drugs maker announced last week that it planned to cut initial EU deliveries from 80 million to 31 million, citing reduced yields from its European manufacturing facilities. However, the EU disputes this and claims it will receive just a quarter of the vaccines agreed to between the 27-nation bloc and the pharma giant.

Stella Kyriakides, the European Commissioner for Health and Food Safety, decried the “continued lack of clarity on the delivery schedule,” following a third round of talks with the drugs manufacturer on Wednesday.

The European Medicines Agency is expected to make a decision on whether to grant approval to the AstraZeneca jab on Friday. Ahead of that decision, the German authorities have recommended that the AstraZeneca vaccine be given only to people aged between 18 and 64, amid safety and efficacy concerns about its use among older and more vulnerable demographics.