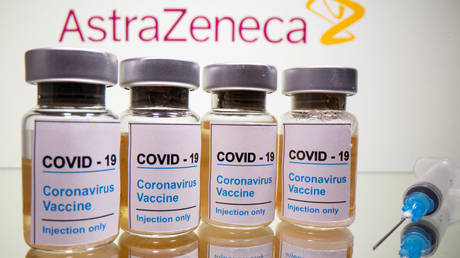 Germany’s expert vaccine commission has said that the AstraZeneca Covid-19 jab should only be given to people between the ages of 18 and 64, in a startling statement that further dents the EU’s flailing vaccine rollout.

“There are currently insufficient data available to assess the vaccine efficacy from 65 years of age,” the Standing Vaccine Commission said in the resolution made available by the German health ministry on Thursday.

The AstraZeneca vaccine, unlike the mRNA vaccines, should only be offered to people aged 18-64 years at each stage.

The European Medicines Agency is expected to make its own decision regarding the approval of the AstraZeneca vaccine on Friday.

AstraZeneca CEO Pascal Soirot previously acknowledged that restrictions in terms of demographics suitable for his company’s vaccine were a possibility.

“It’s possible that some countries, out of caution, will use our vaccine for the younger group. But honestly, it is fine,” Soirot said in a recent interview, adding that given the challenges in rolling out vaccines to as many people as possible, such measures might make sense.

“There’s not enough vaccines for everybody. So if they want to use another vaccine for older people and our vaccine for younger people, what’s the problem?”

The statement comes as the EU and the British-Swedish pharmaceutical firm are embroiled in an increasingly bitter dispute about supplies. The bloc is pushing the company to deliver more doses of its vaccine after AstraZeneca announced delivery delays.

Meanwhile, the Pfizer/BioNTech and Moderna vaccines which have both been approved by EU regulators were considered “equivalent in terms of safety and efficacy.”