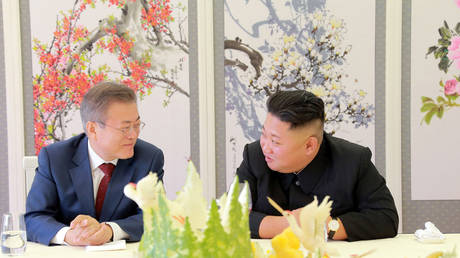 The South Korean government has hit back at the opposition, dismissing claims it moved to close its own nuclear plant earlier than scheduled in order to build one in North Korea.

“Chairman Kim’s [Kim Chong-in, South Korea’s opposition leader] remarks are absurd claims, and even if the election is ahead, it is hardly believed that the words from the opposition representatives are believable,” said government spokesman Kang Min-seok on Friday.

In 2018, Moon’s government decided to decommission a South Korean reactor, the Wolsong No.1, earlier than scheduled, citing feasibility studies and in line with President Moon’s pledge to phase out nuclear power.

The broadcaster claimed that at least six documents were dated May 2018 – only a month after Moon held his first summit with North Korea’s Supreme Leader Kim Jong-un.