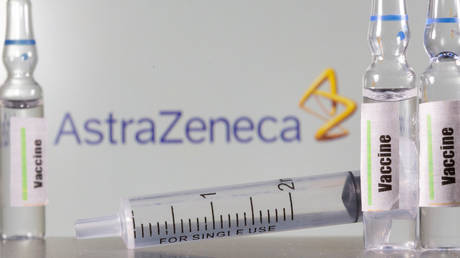 The European Medicines Agency (EMA) has approved the Covid-19 vaccine developed by AstraZeneca and the UK’s University of Oxford for use in people aged 18 and over, the regulator said on Friday.

This is the third Covid-19 vaccine the EMA has recommended for authorization across its 27 member states, having already approved the jabs made by US-German partnership Pfizer-BioNTech and US firm Moderna.

“With this third positive opinion, we have further expanded the arsenal of vaccines available to EU and EEA member states to combat the pandemic and protect their citizens,” said Emer Cooke, executive director of EMA.

The regulator’s decision was made after it combined the results from four studies across the UK, Brazil and South Africa, which together involved around 24,000 people.

Half of the participants received the vaccine and the other half were given either a dummy injection or another non-Covid vaccine.

The second dose of the vaccine should be administered between four and 12 weeks after the first, the EMA said, adding that the vaccine showed around 60 percent efficacy when this dosing regimen was used.

The majority of participants were aged 18 to 55 and, as a result, it’s not currently known how well the vaccine will work in the over-55s, but the EMA said protection is “expected,” given the immune response seen among this age group from other vaccines.

The announcement comes at the end of a week of arguing between the EU and AstraZeneca after the Anglo-Swedish drug maker recently said it would cut EU deliveries from 80 million to 31 million, blaming European manufacturing issues.

The EU has threatened AstraZeneca with legal action over the supply issues and on Friday the pair published a redacted version of their contract for vaccine deliveries. The Commission chief claims the deal is contractually “binding.”

AstraZeneca’s Covid-19 jab has already been authorized in the UK, where it has started being rolled out to the population.