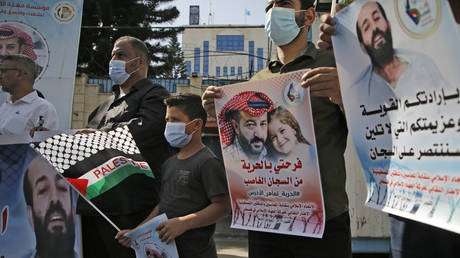 Public Security Minister Amir Ohana didn’t have the authority to order the delay of coronavirus jabs to Palestinian prisoners, who were in the second priority group to get vaccinated, the Israeli High Court of Justice said.

The three judges were unanimous in their ruling, pointing out that Ohana acted “without legal authority” as only the health minister had the power to make such a decision. They also insisted that denying vaccines couldn’t be used as a punishment for inmates.

Justice Menachem Mazuz was the harshest in his explanation of the verdict, saying that the order to postpone vaccination was issued “with blatant lack of authority and illegally, and it is void of all legal validity.”

The prisoners eventually got their shots of the Pfizer vaccine over the past few weeks, but Attorney General Avichai Mandelblit was still pushing for the High Court to evaluate the minister’s behavior.

In late December, Ohana, who is Israel’s first openly gay minister, faced harsh criticism from human rights groups after saying that the vaccination of Palestinian prisoners will be postponed. The inmates were in the second priority group to receive the injections after the medics, but the order said that shots will be administered to them “in accordance with the progress of vaccinating the general public.”

Around 4,400 Palestinians are currently being held in Israeli prisons, with some 300 of them being infected with Covid-19 since the start of the pandemic, according to data from the NGO, Palestinian Prisoner Society.

Israel is undertaking one of the world’s most ambitious vaccination campaigns, with more than three million people or 32 percent of the population already getting immunized against the coronavirus.

The country has long been reluctant to provide vaccines to the occupied territories in Gaza and the West Bank, but military sources told the local media on Sunday that the transfer of 5,000 doses of the jab to Palestinian frontline medics was approved on the recommendation of Defense Minister Benny Gantz.