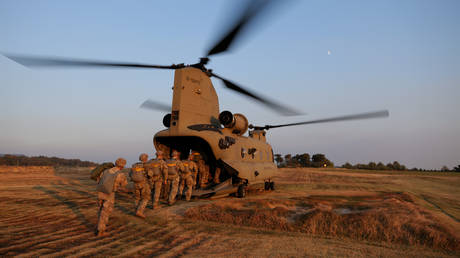 A defense white paper published on Tuesday by South Korea has downgraded its official description of neighboring Japan, dropping the word ‘partner’ in a sign of deteriorating relations between the two nations.

The document also blamed Japan for the downgrade in ties by making “unilateral announcements that misrepresented facts” about issues including Tokyo’s claim to a pair of South Korean-controlled islets in the Sea of Japan, and an encounter between a Japanese surveillance plane and a South Korean destroyer in 2018.

The papers are normally published every two years. 2019’s one said South Korea and Japan were “geographically and culturally close neighbors as well as partners cooperating for global peace and prosperity”. Now, the ministry’s latest version notes the two are “close neighbors that should cooperate not only for the two countries’ relationships but also for peace and prosperity in Northeast Asia and the world.”

In 2019 Tokyo removed South Korea from a list of preferential export nations, a decision referred to on Tuesday by a South Korean spokesman who said it was “reasonable” to refer to Japan only as a neighbor.

There was no immediate reaction to the white paper downgrade from the government in Japan.

Tuesday’s document says Seoul will “resolutely deal with unilateral and arbitrary measures taken by Japan.” It also says South Korea will continue to cooperate with Japan on “issues of common concern.”

Relations between Tokyo and Seoul have been strained in recent years, with South Korean courts ordering Japanese companies to compensate groups of Koreans for forced labor during World War II, and awarding compensation for women held as sex slaves in Japan’s wartime military brothels.

Some 70 percent of South Koreans consumers have either stopped wearing Japanese clothing brands, refused to drink beer brewed in Japan, or shunned other consumer products and vehicles manufactured there.