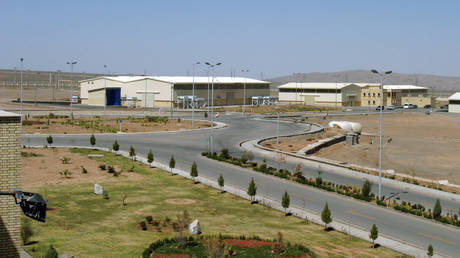 Iran’s president has warned that Tehran will not return to compliance with the conditions of the nuclear deal unless it is clear that none of its clauses will be changed and no new members will be added to the agreement.

Hassan Rouhani reiterated Iran’s willingness to return to the agreement, recognizing how the removal of sanctions could be beneficial for all parties. But he said that specific conditions needed to be observed.

“The Islamic Republic did not violate [UNSC Resolution] 2231 and it was the Americans who left the table of JCPOA… Americans should know that they are still violating Resolution 2231, so they don’t have the right to comment on the JCPOA.”

He added that people and politicians around the world, including many American public representatives maintain that the JCPOA can be fruitful for interaction among countries.

In January, Rouhani said that “the ball is in the US court” and urged new President Joe Biden to reverse the moves taken against Iran during Trump’s time in office. “If Washington returns to Iran’s 2015 nuclear deal, we will also fully respect our commitments under the pact,” Rouhani said in a televised cabinet meeting.

However, the Biden administration hasn’t responded to calls from Iran for Washington to return to the deal. New US Secretary of State Antony Blinken has raised concerns about Iran’s capacity to develop a nuclear weapon within months, while Tehran has claimed it has no interest in developing a nuclear weapon despite its enhanced enrichment program.

The JCPOA, which was signed between Iran and six major global powers in 2015 and placed constraints on Tehran’s nuclear ambitions, broke down in 2018 when former president Donald Trump unilaterally pulled the US out of the pact.

In January 2020, Iran further hollowed out the remains of the nuclear pact by upping its uranium enrichment to 20 percent, which was much higher than the 3.67 percent level agreed upon in the 2015 pact, but still far below the 90 percent level that is considered weapons-grade.