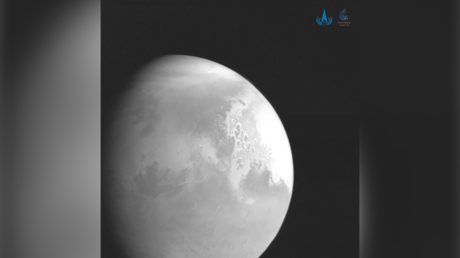 The space race is heating up once again after China’s Tianwen-1 Mars probe beamed back its first image of Mars amid the country’s historic first trip to the Red Planet.

The image arrived some six months after it blasted off from China’s southern Hainan island in July 2020.

The unmanned Tianwen-1 is expected to enter Mars’ orbit later this month and will attempt a landing on the Red Planet’s Utopia Planitia in its northern hemisphere in May, where it will deploy a rover.

This rover is currently pencilled in to conduct a 90-day survey mission in what would be another historic first for the mission and for the world, as it would mark the first time in history a country managed to orbit, land and deploy an exploratory rover in its inaugural mission to the Red Planet.