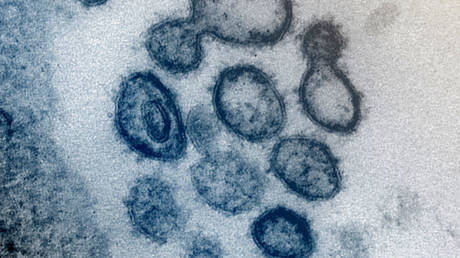 Researchers at the University of Southern California (USC) have unveiled an incredibly powerful, AI-powered method for producing new potential Covid-19 vaccine candidates in a matter of minutes or even seconds.

The new process, developed at the USC Viterbi School of Engineering, could mark a major turning point in the information war against the coronavirus and its many, increasingly virulent mutations which are taxing an already challenging worldwide vaccine rollout.

The USC team leveraged artificial intelligence (AI) to speed up vaccine analysis which can be quickly and easily adapted to analyze viral mutations themselves.

Using a machine learning algorithm, the model can allegedly complete vaccine design cycles in a matter of mere minutes, or even seconds, in a feat which before the pandemic took months if not years, showing how far humanity has come in the past 12 months or so.

“This AI framework, applied to the specifics of this virus, can provide vaccine candidates within seconds and move them to clinical trials quickly to achieve preventive medical therapies without compromising safety,” said Paul Bogdan, associate professor of electrical and computer engineering at USC Viterbi, adding that it would allow medical researchers to “stay ahead of the coronavirus as it mutates around the world.”

The method optimizes possible treatments for the particular strain of SARS-CoV-2, the virus that causes Covid-19, extremely quickly, eliminating some 95 percent of the possible compounds which could be used in vaccines.

Using one strain of SARS-CoV-2 alone, the system predicted 26 potential vaccines that it then whittled down to just 11, all of which attack the virus’ spike proteins that it uses to break-and-enter human cells and begin self-replicating.

The AI-powered system can devise new vaccines in under a minute and validate their quality in less than an hour, in a truly staggering and promising breakthrough, once independently verified and thoroughly tested, of course.

The timing couldn’t be better either, as the medical community is increasingly concerned that new variants and mutations of the virus will be resistant to the current generation of vaccines currently being rolled out across the globe.

Furthermore, the current prototype system only used two of a possible 700,000 proteins to develop its vaccine designs, throwing open the door to a potentially unbeatable, ever-adapting arsenal of vaccine candidates.

The machine learning algorithm draws its intel from a giant bioinformatics database called the Immune Epitope Database (IEDB). An epitope is the part of an antigen – something which triggers an immune response – where an antibody – the immune system response to an antigen – can bind.

The database contains 600,000 known epitopes from some 3,600 different species, including the genome and spike protein sequence of SARS-CoV-2.