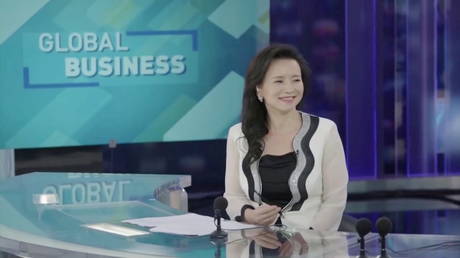 Senator Marise Payne, Australia’s minister for foreign affairs, announced the charge in a statement on Monday, after the government was advised of the situation by China.

Cheng was initially detained on August 13 on national security grounds under “residential surveillance” after she disappeared from her role on CGTN and her employer removed her profile from its website.

In response to the latest development, Cheng’s family released a statement declaring that they are “absolutely convinced of her innocence” and calling on the Chinese government to provide her with access to her children, lawyers, and basic materials, such as books.

Cheng worked for CGTN as an anchor from 2012 to 2020, hosting the channel’s Global Business program as well as covering major international events. She made the headlines in 2018 for a segment on her show that mocked then-President Donald Trump over the US-China trade war.

After Canberra confirmed her arrest, the Alliance for Journalists’ Freedom (AJF), based in Sydney, called for Cheng’s immediate release.

“Cheng’s arrest only adds to the impression that Beijing does not care about the freedom of the press,” AJF spokesman Peter Greste said, adding that “her case stands as a clear warning to other journalists to support the government or risk being imprisoned too.”

The detention of Cheng came as tensions rose between China and Australia, after Beijing was angered by Canberra’s call for an investigation into the origin of the Covid-19 pandemic.

Cheng was the second Australian citizen to be detained in China, with Beijing arresting writer Yang Hengjun in January 2019 on suspicion of espionage. Prior to being charged, Yang had run a blog about China’s domestic and international affairs.