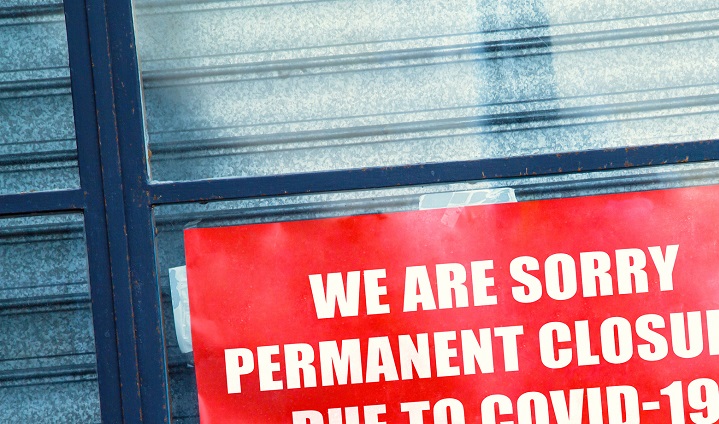 Ontario Premier Doug Ford’s announcement of a timeline for ending the province-wide lockdown offers a glimmer of hope for some GTA businesses, but is harsh news for others, business owners say.

For months, retail stores and restaurants in Toronto, Peel and York Region have been surviving on takeout service and curbside pickup only, while hair salons and gyms have had to shutter completely.

“‘Shocked’ and ‘disappointed’ could be the only two words [that can be used] to be polite,” says Annette Palumbo, who has been advocating on behalf of the beauty industry. She is stunned there is still no target date for salons, barber shops and spas to re-open.

“That’s a sad, sad call on the government’s part,” she adds. “To actually believe that people are opening up small businesses and the ones with the highest [safety] protocols are remaining closed?”

The Beauty United coalition estimates that 20 per cent of Ontario’s 3,500 salons and spas will not survive the lockdowns, while many of Ontario’s 32,000 hair stylists have been unemployed all this time.

“Nobody wants handouts,” says Palumbo. “We want to work.”

Today’s announcement also provided no relief for restaurants in the GTA. They will remain takeout-only as long as Peel, Toronto and York are in the grey lockdown zone of the provincial reopening framework.

For smaller retailers, there is a glimmer of hope. The president of the Toronto Association of Business Improvement Areas (TABIA) expressed optimism about the weeks to come.

In areas returning to the red zone, the province is allowing small business to re-open for in-store shopping, with a maximum 25 per cent capacity inside.

“We’ve been advocating for this for quite some time,” says TABIA president Maureen Sirois. “We know we can open safely and serve our customers safely. We are happy to be able to have them come back into our businesses.”

The Canadian Federation of Independent Business wrote a letter to every MPP last week asking that capacity be set individually for every store, based on 20 percent of its stated capacity under the fire code.

Many business groups are also saying small retailers should have been allowed to be open for the Christmas rush in December, adding they are now just looking forward.

“Ontario’s retail sector needs time to rebuild and it cannot sustain another round of closures,” says Diane Brisebois, president and CEO of the Retail Council of Canada. “This speaks to the importance of everyone – government, businesses and citizens alike – working together in the weeks and months ahead to preserve both public health and economic viability.”

The Retail Council of Canada, citing Statistics Canada, says Ontario has lost 150,000 jobs, with a substantial portion of them in retail.

“When you are a small business owner and you have invested your life, your blood and soul into your business, you’ve sold your car, re-mortgaged your home, you’ve applied for every single program out there and you still can’t break even, the frustrations are completely understandable,” says Julie Kwiecinski, director of provincial affairs, Ontario, for the Canadian Federation of Independent Businesses.

If Toronto, Peel and York regions move out of the stay-at-home order as scheduled on February 22nd, many of these businesses will have been shut down for 92 days. Recovery won’t be easy and for some it may not happen at all.