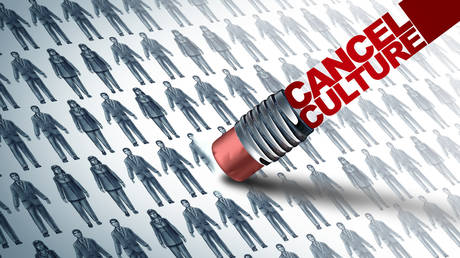 Melbourne-based bookstore Readings has apologized for programming radical feminist author Julie Bindel, who stands accused of transphobia. The statement came in response to an apparent complaint by a queer book author.

In a statement released on Tuesday, the bookstore apologized for “any hurt caused by highlighting the work of an author whose current stance is to divide our community,” and said it “regrets programming Julie Bindel in 2018.”

Bindel is an English feminist, a researcher and long-time campaigner for women’s rights, who makes a particular focus on protecting sex workers from abuse. She authored several books on the topic, and one of them, ‘The Pimping of Prostitution’, was the subject of her July 2018 appearance at Readings.

The event drew criticism at the time from people unhappy with Bindel’s anti-prostitution stance or her views on gender reassignment surgery, which she sees as a modern version of ‘gay conversion therapy’.

we are disgusted & disappointed to learn that @ReadingsBooks is actively giving a platform to Islamophobia, transphobia, biphobia, whorephobia by hosting an event with Julie Bindel tomorrow. we implore publishers to pull their books & readers to boycott Readings

Her controversial politics were widely known by the time Readings hosted her and didn’t prevent the event from happening – which even won the bookstore some praise for bravery in the face of online critics. But now the retailer evidently believes the invitation was wrong.

Thanks to some misogynist whinging on Twitter, I discovered this was on and had the chance to go and see the fabulous Julie Bindel at Readings. And max respect to Readings for not being bullied out of hosting a important writer on a critical subject. pic.twitter.com/3NY6DG1AyT

The statement appears to come in response to a complaint from Alison Evans, who restricted viewership of their tweets, making their words unavailable to the public. Evans, a queer young adult fiction author, is a self-described genderqueer, who “wrote” themself “into existence.”

Apologies, here’s our public statement regarding the event:

Readings prides itself on ensuring everyone in our community feels safe, respected and considered. We apologise for any hurt caused by highlighting the work of an author whose current stance is to divide our community.

The apology angered Bindel, who went on Twitter to demand an explanation. She described her recollection of the “packed” event at Readings and the wide representation of members of minority communities attending it.

Thread: During a book tour in Australia I was invited to do one of those ‘an evening with’ events during which I read from my book (on the horrors of the global sex trade) and conversed with the women and men in the audience. Almost three years later……https://t.co/QLpk9S52NJ

“There were loads of feminists at that event, on account of it being about the hideous abuse of women and girls world-wide, and in particular, in Australia, NZ & across Canada, indigenous females. Many of those feminists are lesbians, on account of the fact that we have done much of the heavy lifting when it comes to countering male violence,” she said.

Please would @ReadingsBooks tell me where they fit in your vision of ‘community’? Shame on you.

Judging by the reaction to Readings’ statement, its belated cancellation attempt didn’t go over well with the public.

If you are attempting to “cancel” an author three years after they did a book launch at your shop because of commercial pressure, this does not help “everyone” in your community feel safe. It shows a lack of commitment to academic and intellectual freedom, and a lack of courage.

Who demands an apology from a bookseller for a talk three years after the fact. Are people coming out of the woodwork who had their lives ruined by these readings? What in the fresh hell?

I went to one of those events and was glad to do so. I go to Readings all the time. No more. It is not Julie Bindel creating division, it is actions like this – discouraging the free flow of information and discussion. What are you afraid of?