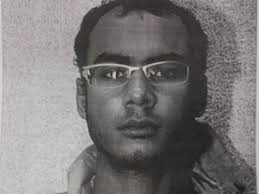 Louie Rosella
Originally Published on Monday, June 15, 2009 by The Missisauga

A 23-year-old man accused of killing his landlord remains in custody and will be appearing in a Brampton courtroom this week.

Salik Bin Sajid is accused of first degree murder in the death of Mustaeen Siddiqi, a married father of three children. He will be in court June 18.

Police said Siddiqi, 45, was an “upstanding citizen” who was killed last Wednesday when he went to do some repairs for tenants living in his basement.

Police said the victim was the target of a murder plot for about a week, according to homicide investigators.

The plan was carried out just before noon on June 10, when Siddiqi, who lives with his family on Warwickshire Way, in the area of Mavis Rd. and Eglinton Ave., went to repair something for a tenant living in the basement, police said.

There, he was stabbed. Siddiqi later died in hospital. The stabbing is Mississauga’s seventh homicide of 2009.

“The victim did absolutely nothing wrong,” Peel Cst. J.P. Valade said. “This is an absolutely horrific tragedy. The victim was a good man and upstanding citizen.”

Sajid, who immigrated to Mississauga from Pakistan earlier this year, lived in the basement of the home with family members for about a month, Valade said.

He said the killing was not related to drugs or other criminal activity and that there didn’t appear to be any pre-existing dispute between the victim and the suspect.