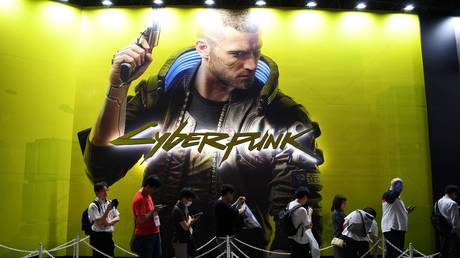 CD Projekt, the Polish video game development studio behind games like The Witcher 3 and Cyberpunk 2077, became the victim of a cyberattack. The company says users’ personal data was not compromised.

The company announced the attack in a statement on Tuesday, revealing that the hacker had left a ransom note threatening to leak or sell private documents and the source code for CD Projekt games if an agreement is not worked out.

CD Projekt said that it “will not give in to the demands nor negotiate with the actor,” despite “being aware that this may eventually lead to the release of the compromised data,” and added that to the best of its knowledge, no personal player data was compromised in the incident.

“We have already approached the relevant authorities, including law enforcement and the President of the Personal Data Protection Office, as well as IT forensic specialists, and we will closely cooperate with them in order to fully investigate this incident,” the company concluded.

In the ransom note, which CD Projekt made public with the statement, the hackers warned they had “dumped FULL copies of the source codes” for “Cyberpunk 2077, Witcher 3, Gwent, and the unreleased version of Witcher 3” – all high-profile video game properties belonging to the company – onto their own hard drive.

“We have also dumped all of your documents relating to accounting, administration, legal, HR, investor relations and more,” they continued, adding, “Source codes will be sold or leaked online and your documents will be sent to our contacts in gaming journalism” if no agreement is reached, the attacker warned.

The incident is the latest in a string of disasters for the company, most notably its rocky release of the highly anticipated Cyberpunk 2077 in December. Players were outraged after they discovered that the game was riddled with bugs, and was borderline unplayable on some consoles, despite the many years of waiting for the game. It resulted in negative reviews, a company apology, and several class action lawsuits.

During the development of Cyberpunk 2077, CD Projekt also found itself at the center of controversy after it broke its promise to not overwork employees during the final stretch – a controversial practice known as ‘crunch’ that is still very common in the gaming industry despite criticism and can lead to mental health issues. Six-day work weeks reportedly became mandatory as the company struggled to get everything completed by launch.