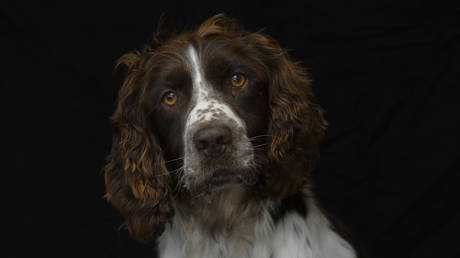 The Indian military has recruited scent-sensitive dog noses to fight the pandemic by training several of the animals to sniff out Covid-19 in troops. Those on-the-spot canine tests are 95 percent effective, it said.

A cocker spaniel and a dog of the indigenous Chippiparai breed have been trained to identify the virus, which has already infected more than 10 million and killed over 155,000 people across India, based on urine and sweat samples taken from sick people.

The body tissues of coronavirus sufferers release “unique volatile metabolic biomarkers” that the “medical detection dogs” use to recognize the disease, the military explained in a statement.

The animals even showed off their skills on camera, with spaniel Casper unmistakably sniffing out a container with the infected samples.

According to data collected so far, “the ability to detect the disease is more than 95 percent among sniffer dogs,” army dog trainer Colonel Surender Saini said.

Casper and his comrade-in-arms Jaya have been working at a transit camp in New Delhi since December. The troops who pass through the site are being deployed to sensitive border areas, including Ladakh in the Himalayas, where India has an ongoing territorial dispute with China.

The two dogs have so far screened some 3,000 samples and tracked down 18 positive cases.

The Indian military believes the dogs’ talents to instantly identify the virus will help curb the spread of Covid-19 among the troops and reduce the need for tests in hard-to-reach locations where soldiers are deployed.

Eight more dogs, including four Labradors, have also started Covid-sniffing training. India has developed the program by drawing on the experience of other countries like the UK, Russia, France, Germany and UAE, the army said.