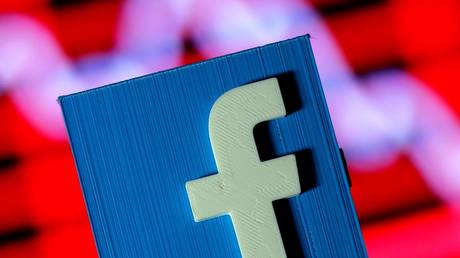 Facebook is expanding the list of ‘false’ and ‘debunked’ claims about the coronavirus and vaccines that will be grounds for ban from the platform, while launching the largest ‘authoritative’ vaccination campaign worldwide.

Under the ‘Community Standards’ policy, posts with “debunked claims” that Covid-19 is “man-made or manufactured,” or that vaccines are ineffective, unsafe, dangerous or cause autism will be removed starting Monday, VP of Integrity Guy Rosen announced on the Facebook blog.

The new policy was implemented following consultations with the World Health Organization (WHO) and others, and will help Facebook “continue to take aggressive action against misinformation” about Covid-19 and vaccines, Rosen added.

Even if they don’t violate any of the listed policies, posts about Covid-19 or vaccines will still be subject to review by “third-party fact-checkers” and labeled and “demoted” if rated false.

Meanwhile, the company’s Head of Health Kang-Xing Jin announced that Facebook – along with Instagram and WhatsApp, which it owns – will be “running the largest worldwide campaign to promote authoritative information about [Covid-19] vaccines.”

In addition to “expanding our efforts to remove false claims,” Facebook is giving $120 million in ad credits to health ministries, NGOs and UN agencies to send out vaccine and health information to “billions of people around the world,” and providing data “to inform effective vaccine delivery and educational efforts to build trust” about the vaccines.

The social media behemoth will also help people “find where and when they can get vaccinated — similar to how we helped people find information about how to vote during elections.”

Boasting about removing “more than 12 million pieces of content” that contained “misinformation that could lead to imminent physical harm,” and successfully influenced millions of people around the world to wear masks, Jin said the company’s focus in 20201 is to build trust and confidence in the vaccines using the same “insights and best practices.”

In the US, Facebook will partner with the Johns Hopkins Bloomberg School of Public Health to reach “Native American communities, Black communities and Latinx communities” and use “science and evidence-based content that addresses the questions and concerns” they might have about the vaccines.

WHO scientists are currently in Wuhan, China – where the virus was first detected in December 2019 – trying to establish how it came to infect humans. The closest cousin of the SARS-CoV-2 virus was found in 2013, among horseshoe bats in China’s Yunnan province, some 1,200 miles (1,900 km) away.