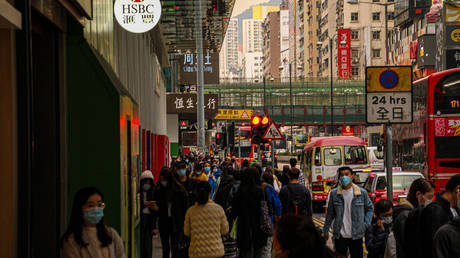 Hong Kong’s Chief Executive Carrie Lam has announced that the city will not recognize the dual nationality of residents and they won’t be eligible for consular protection under China’s nationality rules.

The decision will impact hundreds of thousands of individuals living in Hong Kong who possess dual nationality and own multiple passports. While Hong Kong will not prevent citizens from retaining passports from other countries, the government will only recognize their Chinese nationality.

Speaking to reporters, Lam said that the law “has a very specific provision where people [who] have foreign nationality or right of abode elsewhere… are regarded as Chinese nationals in Hong Kong.”

The Hong Kong leader stated that the decision will mean dual nationals “will not be eligible for consular protection, including consular visits,” potentially impacting the support they can receive from Western nations if they’re detained.

Lam refused to say whether this decision was made by the Hong Kong authority or is due to an order from Beijing to strictly enforce the existing nationality rules.

On Monday, the UK government became the latest to update its travel advice with a warning for dual nationality citizens. In a statement on the official Foreign Office website, it said that “The British Consulate-General has been informed that Hong Kong, like other parts of China, does not recognise dual nationality.”

The move could be seen as a rebuttal to the UK offering a new, extended visa scheme last month to individuals who hold British National (Overseas) status and passports. Every Hong Kong resident born before 1997 is eligible to receive BN(O) status, and the change gave over five million people in the city a route to settling in the UK.