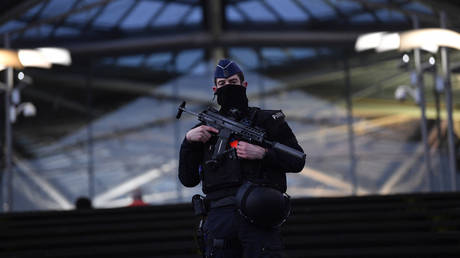 Tehran repeated its claim that the 20-year maximum sentence handed down to Assadi by an Antwerp court last week is a violation of the 1961 Vienna Convention on Diplomatic Relations – a treaty governing relations between states.

“The Antwerp Court ruling violates international law and ignores Belgium’s obligations to the Islamic Republic of Iran, therefore Iran does not recognise it in any way,” an Iranian Foreign Ministry official told the ambassador, according to IRNA.

The Iranian Ministry of Foreign Affairs has also protested Assadi’s “illegal arrest” at the embassies of Germany, Austria, and Belgium, according to the IRNA report.

On February 4, Assadi became the first Iranian official to be tried and sentenced by an EU member state for terrorism charges since the Iranian Revolution of 1979.

The diplomat, who was formerly based in Vienna, was found guilty of planning to bomb a meeting of the National Council of Resistance of Iran (NCRI) in a Parisian suburb in 2018, but the attack was foiled by German, French, and Belgian police.

The NCRI is an emigrant political group based in Europe that is opposed to the Iranian government.

Three Iranian-Belgian accomplices of Assadi, some of whom handled explosives, were also handed sentences of 15, 17, and 18 years and were told they would be stripped of their Belgian citizenship.

Iran has consistently argued that Assadi’s arrest, as well as the case against him and the eventual conviction, are illegal.

Tehran has said it would take all available options to defend him and hold countries involved in the case to account, claiming they have “violated their international obligations.”