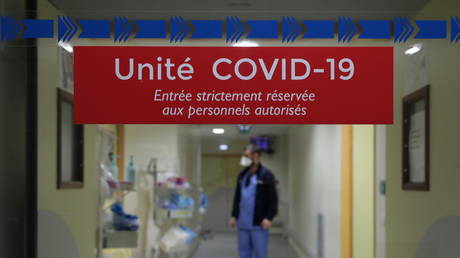 The French health minister has said it is possible the country can still avoid a third national lockdown, claiming that the pandemic remains under control despite the spread of the more contagious British Covid-19 variant.

“Containment is not a choice of ease and safety, it is a choice of necessity when the epidemic situation escapes us. And that is not the case,” Health Minister Olivier Veran told France Info on Tuesday morning.

“It is possible that we will never be re-confined… I hope that we can as soon as possible give freedoms to the French,” Veran added.

The health minister’s comments come as case numbers begin to fall, but concern remains high as the British variant of Covid-19 has become increasingly prevalent across the country.

Caroline Gutsmuth, director of a Biogroup laboratory in Paris, told BFMTV that the more contagious variant currently accounts for 37.7 percent of positive cases in Ile-de-France and is on course to become the most prevalent strain.

“Unfortunately, this is the evolution that had been predicted by several people. At the beginning of March, I think that it will be the majority strain in France. It grows very quickly,” Gutsmuth noted.

Scientists have warned that the mutated coronavirus strain is on average 56 percent more contagious than the original version, but it does not appear to impact the efficacy of the vaccines in use.

Veran added that France was on track to have vaccinated 3.5 to four million people by the end of February as the country looks to inoculate its way out the pandemic.

France lags behind its European neighbors after a slow start to vaccinations. More than 12 million people have already received the jab in the UK.