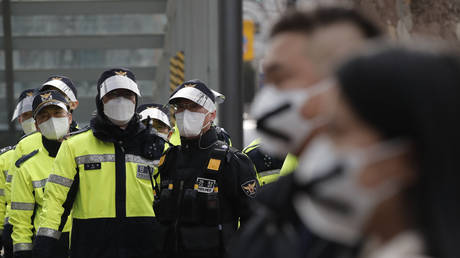 An Indonesian seaman who escaped from a South Korean Covid-19 quarantine center by digging a hole under a fence has received a suspended sentence after the judge said his behavior undermined the country’s coronavirus response.

The unnamed 24-year-old man, who escaped from the center through a hole under a fence on his last day of a two-week mandatory quarantine in October, received an eight-month prison sentence suspended for two years, according to the Korea Times.

The man was on the run for days before police finally caught up with him in Cheongju, a city seventy miles (112 kilometers) from the center in Seoul, and though he was not infected with Covid-19, the judge ruled that his actions undermined South Korea’s strict attempts to stop the spread of the virus.

Judge Lee Soo-jeong noted that the man “was a foreign arrival subject to self-isolation, but fled from the facility before his self-isolation period ended,” calling it “very risky behavior, considering the highly infectious nature of COVID-19.”

“He deserves criticism as he intentionally violated the self-isolation rules at a time when the health authorities and other people here were going all out to prevent the spread of the contagious disease,” she declared.

Reuters reported in October that South Korean authorities “suspected the man, who had entered the country on a ship crew visa, intended to illegally stay” there.