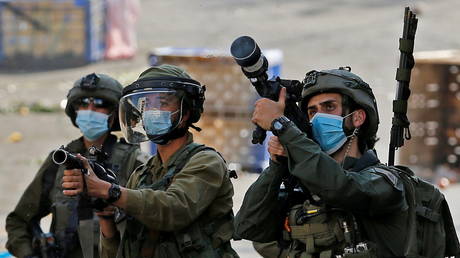 Israel Defense Forces soldiers have complained of their commanders’ inability to effectively curb Covid-19 outbreaks and provide timely treatment or proper quarantine conditions, according to the military ombudsman.

Released on Wednesday, the latest annual report by the acting ombudsman, Brig. Gen. (res.) Eitan Dahan, included 5,706 complaints filed by soldiers and their relatives over what they saw as irregularities in service conditions in Israel’s military last year. More than 60 percent of those grievances were found to be valid, according to the ombudsman, and dealt with abuses, negligence and incompetence by commanders – including in their response to Covid-19.

Containing the pandemic is no easy task and the IDF has shown “impressive and dynamic preparation” to the challenges brought by the virus last year, but not in all cases, Dahan pointed out.

“Gaps arose in managing the medical and other conditions: from gaps in sending messages and orders to the field, to commanders’ lacking treatment of outbreak sites, to delays in providing military care to soldiers, who were suspected of being sick, or needing quarantine or to be distanced from their units, to failing to carry out necessary orders and denying the economic and social rights of service members,” the report read.

Multiple troops who were told to quarantine at their military bases reported poor housing or said that the conditions there only increased the risk of infection. Orders regarding self-isolation at home were also often conflicting, according to some servicemen.

At times, it was difficult for soldiers to get tested for the coronavirus, even in cases when they showed clear symptoms, the report found.

The Israeli military acknowledged the problems, saying that it was “constantly learning and developing in order to provide appropriate solutions for the entire population of service members.”

The IDF canceled home leave last week due to high infection rates among its ranks. Members of all units, except those declared “vaccinated” or specifically cleared for leave, were told to stay at their bases.

On Tuesday, there were 3,070 new confirmed cases of Covid-19 in the force, while some 12,000 troops were quarantining at their homes.