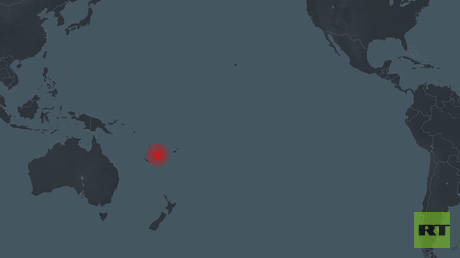 A tsunami activity advisory has been issued in New Zealand after a 7.7 magnitude earthquake struck near the Loyalty Islands, the country’s National Emergency Management Agency said on Wednesday.

“We expect New Zealand coastal areas to experience strong and unusual currents and unpredictable surges at the shore,” the agency said in a statement.

Multiple areas in the north of New Zealand’s North Island have been deemed under threat and the public has been ordered to stay away from beaches and shore areas.

This map shows the affected areas. Strong currents and surges can injure and drown people. People in or near the sea in these areas should move out of the water, off beaches and shore areas and away from harbours, rivers and estuaries. More info at https://t.co/ccVFYQQoBr pic.twitter.com/P5mDRG490q