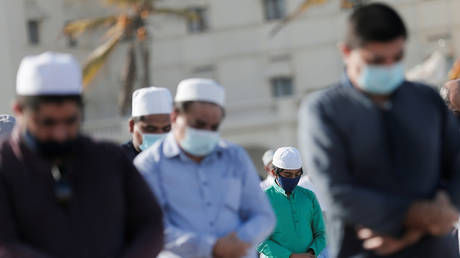 The prime minister of Sri Lanka has announced in parliament that the country will reverse its earlier decision to prohibit the burial of Muslims who died of Covid-19, after international outcry over the ban.

While PM Mahinda Rajapaksa has stated the policy will change, Muslim lawmaker Rishard Bathiudeen said that the government must now issue a formal withdrawal of the compulsory cremation rule for the announcement to take effect.

In April, the government banned the burial of all Covid-19 victims over claims that the practice could spread the virus by contaminating the groundwater.

Muslims in Sri Lanka and around the world criticized the move on grounds that it violates their faith’s tradition of burying the dead in a position that faces Mecca.

Scientists were equally opposed to the government measure, with the World Health Organization (WHO) stating that there is no evidence to support their claims, explaining that cremation and burial are equally safe.

The United Nations, as well as Islamic religious groups, had raised objections with the Sri Lankan government in recent weeks, arguing that it violated the religious rights of Muslims in the country.

Since the start of the pandemic, Sri Lanka has recorded 71,211 coronavirus cases and 370 deaths, with the nation currently in the midst of a significant spike since the last few months of 2020.

While Muslims account for around one-tenth of the Sri Lankan population, they have suffered more than half of the country’s Covid-19 deaths to date.