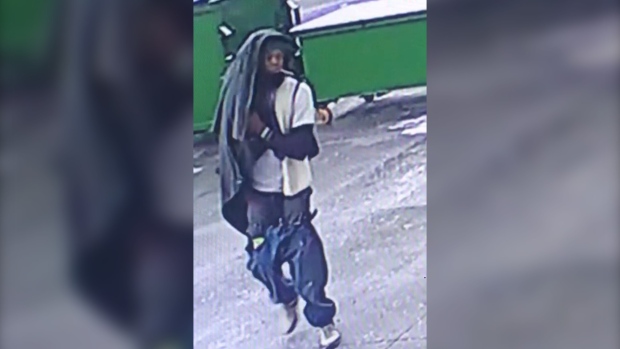 The Toronto Police Service’s 32 Division is seeking the public’s assistance in a robbery investigation.

On Tuesday, February 9, 2021 at approximately 7:30 a.m., police responded to a robbery in the Yonge Street and Finch Avenue West area.

– the victim did not sustain any injuries

The man is described as having an average build, wearing a black toque with a white stripe, black long-sleeve shirt with a white t-shirt over top, baggy blue jeans, a black Nike string bag, and black and white running shoes.

An image has been released.