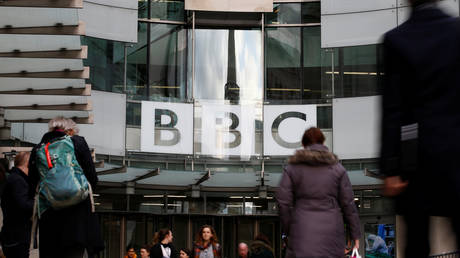 The BBC has expressed its disappointment over the removal of its international World News channel from the air in China, while the UK’s foreign secretary blasted the move as an “unacceptable curtailing of media freedom.”

“We are disappointed that the Chinese authorities have decided to take this course of action,” the BBC said in a statement.

The British government-supported media organization described itself as “the world’s most trusted international news broadcaster” and insisted that it reports all stories “fairly, impartially and without fear or favour.”

On Thursday, China’s National Radio and Television Administration (NRTA) said that it had banned the BBC because its coverage in the country “violated the requirements that news should be truthful and fair, harmed China’s national interests, and undermined China’s national unity.”

The BBC ban comes a week after British regulator Ofcom revoked the broadcast license of the Chinese CGTN network in the UK. The agency claimed the harsh move was prompted by “impartiality, and fairness and privacy breaches” by CGTN as well as the broadcaster’s links to the Chinese Communist Party.

China’s foreign ministry recently criticized as “false” the BBC’s reporting from Xinjiang province, where members of the minority Uighur Muslim population have been detained by state authorities. Beijing has described its actions towards the community as a “deradicalization” program, while the US has openly accused China of genocide and crimes against humanity.

The British broadcaster’s news pieces from Wuhan, the location of the first major Covid-19 outbreak a year ago, came in for criticism from China’s foreign ministry for politicizing the pandemic and accusing China of attempting to cover-up the outbreak.

Beijing already has a poor record when it comes to press freedom and this latest move “will only damage China’s reputation in the eyes of the world,” Raab claimed.