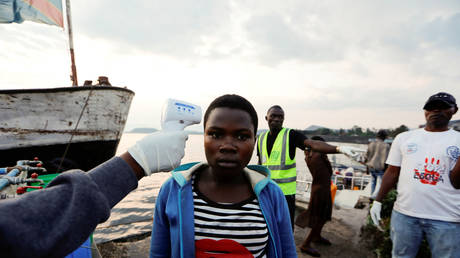 A 60-year-old woman had died in North Kivu in the Democratic Republic of Congo, becoming the second confirmed Ebola fatality in a week amid fears of a new epidemic after an earlier outbreak was declared ‘over’ in November.

The case was confirmed on Wednesday by the technical commission of the provincial health ministry. The ministry claimed that the 60-year-old woman had been identified as a contact of another woman who’d died from Ebola on February 4 and was married to a survivor of the previous major outbreak.

According to local media, the woman’s symptoms appeared on January 22, but her headache and physical asthenia was mistaken for Covid-19, having been admitted to hospital on a number of occasions.

Medical teams conducted a thorough investigation on February 10, the day of her death, and discovered the woman was positive for Ebola.

Local media claim the patient’s body was buried in the traditional way, without proper regard for hygiene rules.

A team of contact tracers has been deployed to the area in an attempt to reduce the spread of the virus, Congo’s health ministry stated.

Ebola killed more than 2,200 people in the Democratic Republic of Congo between 2018-2020 before the epidemic was declared ‘over’ by the country’s health ministry and the World Health Organization.

There have been 11 outbreaks of the virus in the country since it was first discovered near the Ebola river in 1976.