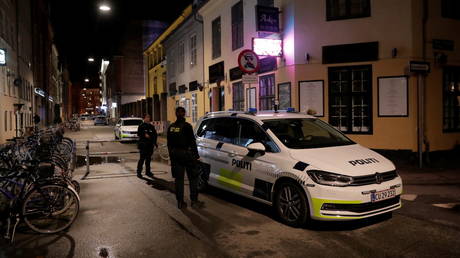 13 people have been arrested in Denmark over the past few days in connection with a suspected terrorist plot. They are believed to have been preparing attacks either in Denmark or Germany, where one person has also been arrested.

Danish security authorities provided updates on the alleged terrorist plot during a press conference on Friday.

Law enforcement officers have seized weapons as well as bomb-making ingredients from the suspects. The police also recovered a flag of the Islamic State (IS, formerly ISIS/ISIL) terrorist group, suggesting would-be terrorists were driven by hard-line Islamist beliefs.

A total of 13 people are being held in connection with the plot in Denmark, with another individual believed to be linked to the investigation detained in Germany.

“These people could be inspired by militant Islamism,” the chief of operations in the Danish intelligence service, Flemming Dreyer, stated. “We have found the ingredients and parts needed to make a bomb.”

The first seven of the suspects were arrested during a series of police raids over the weekend, and are already charged under the Danish anti-terrorism act. A further six suspects were apprehended on Thursday, the police said.

It remained unclear whether the additional seven suspects have faced any charges so far, as the police said they were being held over links to the initial seven suspects. It also remains unknown whether the person held in Germany has been charged yet.

The arrests followed a joint operation of Danish and German anti-terrorism units. The authorities, so far, have not provided any exact details of the alleged plot, believed to have been targeting either of the two countries.