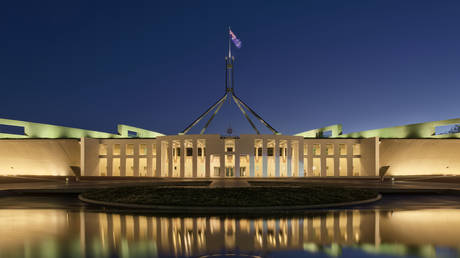 Australia’s prime minister has pledged to investigate workplace culture and conduct within the country’s parliament after a woman claimed she was raped in the office of then-Defense Industry Minister Linda Reynolds in 2019.

Staffer Brittany Higgins alleged that, after a night of drinking, the unidentified man, who worked for Reynolds, took her to the minister’s office in Parliament House, where she claims he raped her.

The woman told staff who worked for Reynolds about the alleged attack, and she was asked to attend a meeting in the office where she was assaulted to discuss the incident.

While Higgins spoke to police in April 2019, she didn’t press charges, as she was concerned about the impact that would have on her career. Reynolds denied any accusation that the woman was pressured to not make a formal complaint to authorities.

Addressing the initial reports about the incident, the prime minister’s Office released a statement calling the claims “deeply distressing” and arguing that “throughout the entire process the overriding concern for government was to support Ms Higgins’ welfare.”

Australian Prime Minister Scott Morrison apologized to Higgins on Tuesday, declaring that it “should not have happened,” and pledging to hold an investigation “to make sure any young woman working in [Parliament House] is as safe as possible.”

Reynolds joined Morrison in issuing an apology, telling the country’s parliament that “saying sorry is often the hardest thing for those of us who work in this place to say, but can I say today, sorry is the easiest word for me to say.”

Cabinet official Stephanie Foster has been appointed to conduct the investigation into how complaints made within Parliament House are handled, and a lawmaker will be picked to look into the issue of workplace culture within the building.