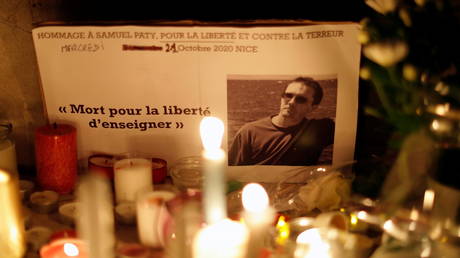 A French bill designed to stop the spread of radical Islam and defend secular values has been approved by the lower house of parliament. The legislation was proposed after the murder of teacher Samuel Paty by an Islamist attacker.

The bill, aimed at defending “republican principles,” was approved by the National Assembly on Tuesday. According to BFM TV, the legislation will now be moved to the Senate, where it will be considered on March 30.

Although the bill never mentions radical Islam by name, it was introduced by the government in response to a string of high-profile Islamist attacks in France last year. President Emmanuel Macron and other officials view Islamism as a threat to the core values that shape modern French society, including the more-than-a-century-old principle of secularism.

Nevertheless, the legislation is not targeted against any particular religion, but against “religious fanaticism” in general, Prime Minister Jean Castex said in December when the draft was first unveiled.

The bill allows for stronger oversight of religious groups, NGOs and associations, as well as of homeschooling practices. It will also provide tools for prosecuting people for online hate speech, doxing, and making threats to public servants.

In October 2020, a middle-school teacher named Samuel Paty was beheaded in a Paris suburb by a radicalized young man of Chechen origin after showing students cartoons of the Prophet Mohammed as part of a lesson on freedom of speech. Depictions of Mohammed are considered blasphemous in Islam. The Islamist attacker was shot dead by police minutes after the killing.

The attacks prompted authorities to crack down on mosques and organizations suspected of spreading radical beliefs. Macron’s tough rhetoric on the issue also drew backlash, both at home and abroad, including sparking protests in Muslim-majority countries.