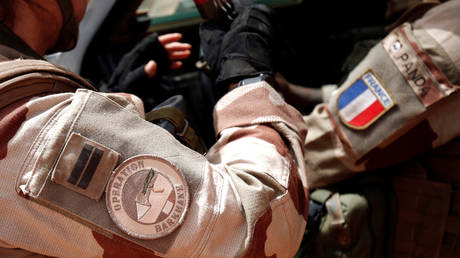 The German government has refused a request from France to provide additional military support in the Sahel region of Africa, as part of the latter’s anti-terrorism campaign against Islamist militants.

Speaking at a news conference on Tuesday, President Emmanuel Macron said France will continue its mission to tackle extremist groups in the region, claiming that other European countries had expressed an increased willingness to support their efforts.

“It would be paradoxical to weaken our deployment at a time when we have a political and military alignment that enables us to reach our goals,” Macron added.

However, shortly after the French leader called on G5 Sahel countries to increase their anti-terrorism efforts in the area, Berlin rebuffed any idea of sending more soldiers to expand military action in the region. The G5 Sahel group is made up of Burkina Faso, Chad, Mali, Mauritania and Niger who, with support from Western nations, coordinate security efforts and combat the threat of terrorism in that region of Africa.

“Germany is participating with many troops in both international missions in Sahel,” Foreign Minister Heiko Mass said, adding that “we don’t intend to engage in other missions beyond that but rather focus on what we are doing already.” There are currently some 450 German troops deployed to the area, to train soldiers from the Sahel group in Mali and Niger.

Berlin has previously refused to commit troops to combat ops in the Sahel, with the German defence minister telling the European Parliament in August 2020 that the troop mandate did not allow it.

Last February, France announced it would increase its military presence in Sahel by 600 – raising its total force there to 5,100 soldiers – as part of its mission to defeat al-Qaeda-affiliated groups there.

Sahel and surrounding areas have been afflicted by a number of terrorist attacks in recent years, including one just hours before Macron spoke in which two soldiers were killed by a bomb on a highway in the former French colony of Mali. That incident brought the troop death toll to 29 since the beginning of 2021.