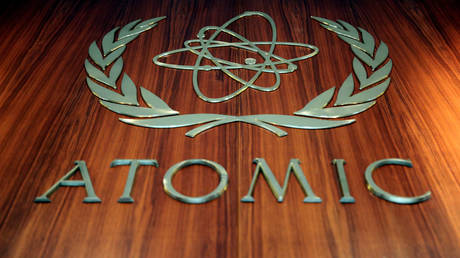 Tehran has notified the International Atomic Energy Agency (IAEA) of its parliamentary-approved plan to limit inspections of its nuclear sites from February 23, despite some vocal government opposition to the move.

“Iran informed the IAEA on 15 February that the country will stop implementing voluntary transparency measures under the JCPOA as of 23 February, including the Additional Protocol,” the IAEA said in a statement on Tuesday.

At the time the legislation was passed, the government said they did not support the parliamentary decision to terminate surprise inspections and boost enrichment, and called the plan “neither necessary nor useful.”

The move would be the country’s latest breach of the Joint Comprehensive Plan of Action (JCPOA) – the nuclear deal it signed with the major world powers in 2015.

Under the accord, Iran agreed to receive unannounced IAEA inspections and to limit the amount of enriched uranium it produces, in return for relief from sanctions imposed by the US and European signatories to the deal.

However, in 2018 then-US President Donald Trump announced that America would withdraw unilaterally from the JCPOA and launched a “maximum pressure” campaign of sanctions against Iran. The withdrawal came despite IAEA inspectors saying Iran was in compliance with its commitments under the agreement.

In response to the US exiting the deal, Iran began breaching its commitments by enriching uranium to the 4.5 level, beyond the 3.67 level allowed under the JCPOA.

In December 2020, Iran’s parliament passed a bill demanding a suspension of UN snap inspections, limiting IAEA checks to declared nuclear sites, and requiring the country to “produce and store 120kg per year of uranium enriched to 20 percent.”

The Iranian envoy to the IAEA tweeted on Monday that the UN agency had been informed of the move to end surprise nuclear site inspections as per the parliamentary act.

Act of Parliament will be executed on time (23 Feb) and the IAEA has been informed today to ensure the smooth transition to a new course in due time. After all, goodwill brings about goodwill!

Meanwhile, Iranian Foreign Ministry spokesperson Saeed Khatibzadeh said on Monday that Iran would further roll back its nuclear commitments if US President Joe Biden failed to lift the Trump-era sanctions.

He also stressed that planned restrictions on site checks by the IAEA “does not mean ending all inspections.”