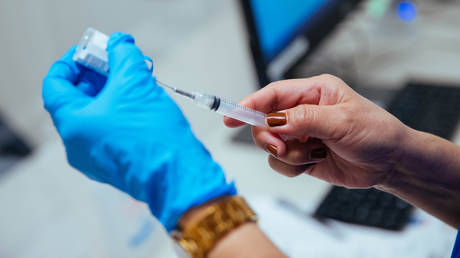 The EU faces growing cases of coronavirus vaccine fraud, European Commission President Ursula von der Leyen has warned, adding that the bloc is doing everything it can to tackle the trend.

“In a crisis like this, you will always have people who attempt to profit from the problems of others,” von der Leyen said during a press conference on Wednesday.

And we see a growing number of fraud and fraud attempts related to the vaccines.

The European Commission head assured that the bloc is “fighting this trend.” Getting jabs from the black market can be dangerous, she pointed out, as there is no guarantee that the cooling chain process during their shipment is properly maintained.

Vaccines against Covid-19 require specific storage conditions. In particular, the US-made Pfizer jab, which is used by the EU, among others, must be kept between -80C and -60C (-112F and -76F).

The EU’s anti-fraud body, OLAF, has been investigating cases of vaccine fraud and giving members advice on how to identify scammers, von der Leyen added.

In a statement on Monday, OLAF’s director-general, Ville Itala, said that his agency had encountered “many different forms” in which fraudsters had tried tricking “governments across the EU.”

The perpetrators could offer vaccines illegally imported into the bloc, attempt to sell fake immunization, or provide quality samples of the jab, but “vanish” as soon as the first advance payment is made, Itala warned.

Despite the EU purchasing its vaccines collectively, member states are also allowed to sign deals on their own if they don’t contradict agreements negotiated by the European Commission.

And the fraudsters are trying to use this opportunity amid a slow rollout of the vaccines in the bloc.

The European Anti-Fraud Office officially started to investigate the illicit trade of face masks, medicines, test kits, and other coronavirus-related items almost a year ago. So far, over 1,000 suspicious operators have been identified and over 14 million items seized or detained. However, no seizures of fake vaccines have been recorded as yet.