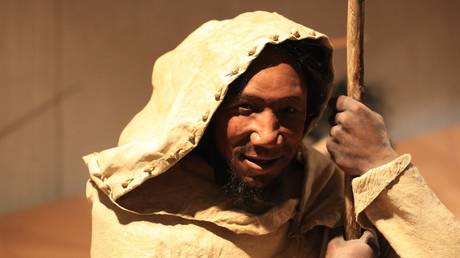 Has Covid-19 floored you? Or did you only suffer mild symptoms? The answer to how your body responds to coronavirus could very well be influenced by the Neanderthal genes you carry, according to researchers in Germany.

Svante Paabo and Hugo Zeberg of the Max Planck Institute for Evolutionary Anthropology in Leipzig, Germany, have been looking to the genes inherited from our Neanderthal ancestors – and the pair’s studies suggest that our modern-day responses to Covid-19 are part of a genetic lottery played out over 40,000 years.

Their latest study suggests that a genetic mutation in genes linked to our ancestral Neanderthal relatives might reduce the risk of severe infection by about 22 percent.

The mutation, which helps fight off RNA viruses, has been found in all Neanderthal DNA samples tested and is present in about 30 percent of samples from people with European and Asian backgrounds today.

In September, the pair co-authored another study that looked at a different set of Neanderthal genes found in some 50 percent of Asians and 16 percent of Europeans. People that carried that particular gene sequence were found to be more susceptible to developing serious respiratory problems after contracting Covid-19.

Neanderthals are known to have lived alongside – and interbred with – modern humans in Europe and Asia before becoming extinct some 40,000 years ago.