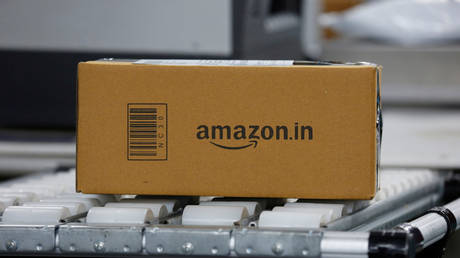 India’s leading trade union has urged the government to punish Amazon after a media report alleged that Jeff Bezos’s company has been secretly discriminating small sellers on its platform.

For years, Amazon has been “circumventing” Indian laws to “conduct unfair and unethical trade,” the Confederation of All India Traders (CAIT) tweeted on Wednesday. The umbrella group, which includes over 40,000 local trade associations, demanded that the government takes “serious action” against the corporation.

CAIT chief Praveen Khandelwal said that it is “an open and shut case that Amazon is willfully playing with rules.”

It’s an open and shut case that Amazon is wilfully playing with rules. What more we are waiting for . It should be banned in India with immediate effect. https://t.co/1Ey74lsL2d

Earlier on Wednesday, Reuters published a report alleging that Amazon has been waging a secret campaign to bypass India’s antitrust regulations. The US-based company has been giving “preferential treatment” to a small group of sellers on its Indian platform and has “publicly misrepresented” its ties with the sellers, the news agency said, citing Amazon’s internal documents dated between 2012 and 2019.

According to the report, Amazon gave specific sellers discounted fees and, in some cases, helped them to cut deals with major tech companies, including Apple and Microsoft. This goes against the e-commerce giant’s claim that it treats all sellers equally.

Reuters cited documents suggesting that just 35 of Amazon’s more than 400,000 sellers in India accounted for around two-thirds of its online sales in 2019. An internal note, prepared by the staff for Amazon’s senior executive Jay Carney, advised him not to disclose this disparity during a meeting with an Indian ambassador that year, the report said.

Another note reportedly referred to Indian Prime Minister Narendra Modi as “not an intellectual,” as the company was looking for ways to skirt around India’s increasingly tough regulations.

Amazon has denied giving preferential treatment to any seller on its platform and told Reuters that it has always complied with the law. The company argued that the report is based on “unsubstantiated, incomplete, and/or factually incorrect information,” which has been leaked “with the intention of creating sensation and discrediting Amazon.”

The Indian government has not commented on the story in Reuters.

Amazon’s practices have been in the crosshairs at home and abroad. In November 2020, the European Commission accused the company of violating EU antitrust laws by “distorting” competition in online retail markets.

“Data on the activity of third party sellers should not be used to the benefit of Amazon when it acts as a competitor to these sellers,” the Commission’s Vice President Margrethe Vestager said.