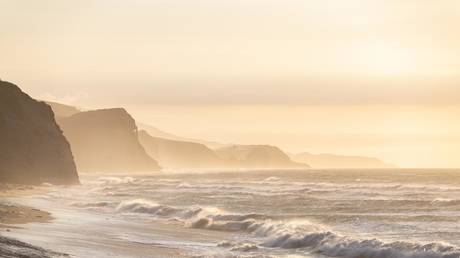 A New Zealand man was badly injured while surfing at a remote beach, managing only to write a desperate call for help in the sand. Luckily for him, the message was seen by hikers and the surfer got rescued.

A surfing trip turned into a dramatic survival story for the New Zealand man as he braved the waves at a remote West Auckland beach on Wednesday.

The surfer got hit by a large wave, losing his board and getting thrown onto rocks, Surf Life Saving Northern region spokesperson told local media. Unable to walk away from the beach, the surfer, however, managed to write a large word “HELP” in the sand before collapsing.

Luckily for him, the desperate call for help was seen by hikers from an overlook nearby. The hikers notified the authorities of the accident – and snapped a photo of the man lying motionlessly by his last-ditch sand message.

The injured man proved to be very lucky, given the remoteness of the location where the accident happened and seclusion of the beach, rescuers have told local media.

“The message in the sand is not visible from the walking tracks at the northern end of Mercer Bay, so it was very lucky the informant and her friend were at the southern end and able to see it,” search and rescue supervisor with the Surf Life Saving Northern Region, John-Michael Swannix, said.

The surfer, who sustained “serious” injuries, was given first aid at the beach and was transferred to a hospital afterwards.