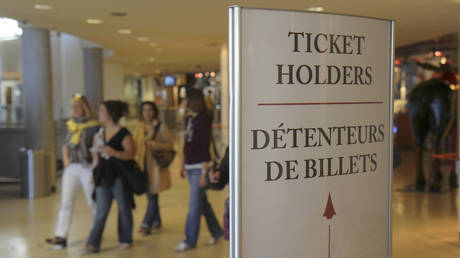 The Canadian government published plans on Friday to mandate more use of French, making companies in regulated industries communicate in the language in Quebec, and requiring its top judges to be bilingual.

While Canada is officially bilingual, with English and French on equal footing, the proposed changes are aimed at turning back the decline of French. Just over 20 percent of Canadians – about 7.2 million people in total – are French-speaking, with the majority of those based in Quebec and the smaller maritime provinces of New Brunswick and Nova Scotia.

The daily use of French, however, has been in decline, the government says, because digital technology and international trade favors the use of English. In an effort to reverse this dip, Ottawa wants to train and hire more French immersion teachers, make bilingualism mandatory for its Supreme Court judges, and force companies working in federally regulated industries – such as airlines and telecommunications – to use only French in the province of Quebec. It will also entrench the right to work solely through French in the province and areas where a high proportion speak the language.

Canada’s Minister of Economic Development and Official Language Melanie Joly said that, because French is a minority language compared to English, “we have an increased duty to protect it.”

Joly added that Ottawa also needed to make sure that people are able to speak both official languages when they’re in a position of power within the federal government.

However, English language rights groups in Quebec have previously labeled the proposals “a non-starter,” saying the provincial government in Quebec was pushing Ottawa to change language laws over the rights of the English minority there.

“Quebec is attempting to territorialize language by demanding that the government of Quebec have sole jurisdiction for linguistic planning and control on its territory and displacing federal leadership on the protection of Canada’s official language communities,” said Marlene Jennings, president of Quebec Community Groups Network.