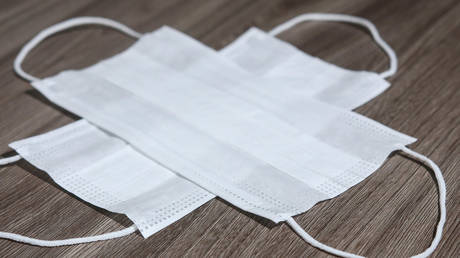 Citing an ongoing surge in Covid-19 cases, the Czech government abandoned plans to re-open “non-essential” shops next week. It also ramped up its masking game, urging people to wear two surgical masks or a respirator in public.

Stores, expected to re-open on Monday, will not be allowed to do so, Czech officials said on Friday following a government meeting on tackling the pandemic.

“The pandemic situation is not good, the UK variant is still spreading. That’s why we decided not to open closed shops for now,” the country’s industry minister, Karel Havlicek stated on Twitter.

The re-opening of “non-essential” stores, however, will be debated by the government again next week.

The Czech Republic has been heavily hit by the ongoing pandemic, registering more than 1.1 million cases and nearly 19,000 deaths – meaning effectively one tenth of the country’s 10.7 million population has been infected. It also currently has the worst infection rate in Europe, reporting 968 new cases per 100,000 people on a two-week basis, data by the European Centre for Disease Prevention and Control (ECDC) indicates.

Seeking to halt the ongoing spread, the government is also set to tighten up masking rules, Health Minister Jan Blatny revealed. Starting from Monday, the country’s residents will be required to wear either respirators or two surgical masks while in high-traffic public spaces, such as on public transport.

“It will not be possible to consider various self-made fabrics as sufficient protection,” the minister said, adding that a full list of places falling under the new rule will be unveiled on Monday.

Ministers have been warning that more restrictive measures are needed, fearing a full collapse of the health system which has been struggling with the intake of coronavirus patients.

As of Friday morning, only 14 percent of intensive care and high dependence units were available across the country, including just 149 beds for Covid-19 patients. Earlier this week, Blatny warned that Czech hospitals may be completely overwhelmed with patients in just two or three weeks.