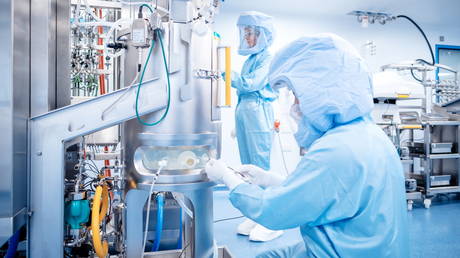 Germany Health Minister Jens Spahn has announced that the country will establish a special task force to boost investment in vaccine production to speed up the process and increase supply capacity for a future pandemic.

Spahn announced the government’s plans on Friday, confirming a report in the German press that said Christoph Krupp, the former head of the country’s Federal Real Estate Agency, will be appointed as the special representative for the production of vaccines.

Krupp will serve as the point person between manufacturers and the German government, ensuring that pharmaceutical companies have the materials and facilities to produce the required amount of vaccines.

Germany has experienced a slow start to its vaccine rollout so far, with delivery issues from Pfizer and AstraZeneca hampering its progress, as well as the impact of problems the European Union has experienced in securing doses.

As of Thursday, Germany had only managed to distribute the first dose of the vaccine to three million people, around 3.5 percent of the country’s total population, with 1.5 million having received both doses.

The news comes days after Spahn announced that health officials were concerned by the speed at which the Kent variant of Covid-19 is spreading across Germany, with it accounting for more than 20 percent of all of the newly confirmed cases. The Kent virus is now infecting individuals in Germany at four times the rate that people were contracting Covid-19 only two weeks ago.

Since the start of the pandemic, Germany, has reported 2.36 million cases of coronavirus and 66,698 deaths from the virus.