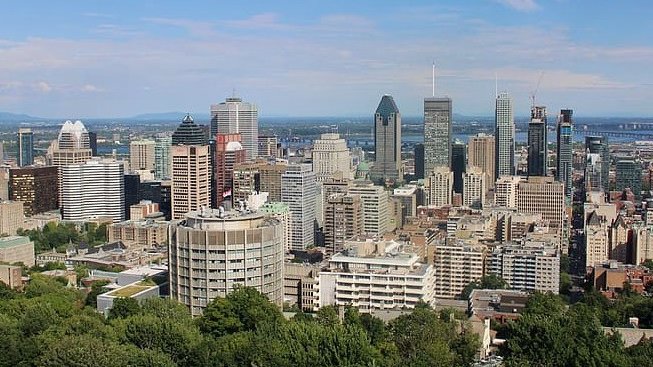 Citytv examines how systemic racism affects the daily lives of Black, Indigenous, and people of colour in Canada. Below is the fifth story. Bookmark this page to read and watch the previous and upcoming stories.

“We had the same speech, the same usage of the N-word … word for word.”

In October of last year, a Montreal high school teacher was caught on video using the N-word repeatedly in an online class. The clips went viral.

Vincent Ouellette, a long-time history teacher at Henri-Bourassa High School, claimed it was for educational purposes, in a context that was “purely historical.”

Within days, former students took to social media and collected hundreds of testimonials against Ouellette, dating back decades.

“We had the same speech, the same usage of the N-word … word for word,” Hiba Jabourik, a former student and one of the organizers behind the student group, says.

“When the Charlie Hebdo event happened, he targeted me and asked me to apologize for the event.”

Jabourik says racial slurs were just the tip of the iceberg.

“When the Charlie Hebdo event happened, he targeted me and asked me to apologize for the event, as a Muslim woman. And when I refused to do so and started arguing with him back and forth, he just ignored me for the rest of the class and was calling me names and telling me how I was brainwashed.”

“He was also doing the Nazi salute in class,” another former student Hanae Tamim says.

“He would wear some shoes with heels that would make noise and when he would do the Nazi salute, he would literally hit his heels together and raise his hand. And I still hear that noise in my head.”

A week after the video was shared, hundreds of current and former students held a protest outside the school calling for Ouellette’s resignation. A month later, the teacher was fired.

“I’m sad to see that kids are doing the job when it should be people in authority and a principal that deals with the situation,” Jabourik says.

“But at the same time I’m also proud to see the Montreal Nord youth get together because I don’t think I would ever see this sense of community anywhere else other than Henri-Bourassa.”