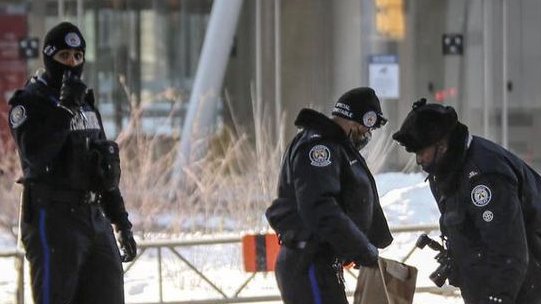 Update: 11 were charged as a result of a police investigation, according to the Toronto Star. 4 were charged criminally, and the other 7 were charged under the “Re-Opening Ontario Act.”

Police were forced to close off a section of a downtown street after reports bottles were being thrown from a condo balcony in the area to the roadway below.

Police were called to the intersection of Lake Shore Boulevard and York Street just after 2:30 p.m. and upon arriving they did see bottles land on York Street, posing a “significant danger to pedestrians.”

Police later entered the condo in question and found at least 14 people, who are currently under investigation.

No injuries have been reported and the area was reopened to pedestrian traffic approximately an hour later.